Difference between revisions of "Gateway architecture" 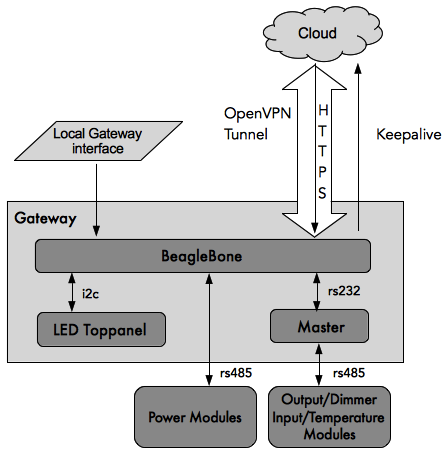 The daemon in implemented in openmotics_service.py and run in supervisord. See [1] for more information on how to use supervisord.

The daemon in implemented in physical_frontend_service.py and run in supervisord.

Run once at startup: sets the correct input/output mode on the gpio pins of the BeagleBone. This script is located at /opt/openmotics/bin/configure_ports.sh and is run in supervisord.