The Leds on the Front panel of the Output Module have following Layout: 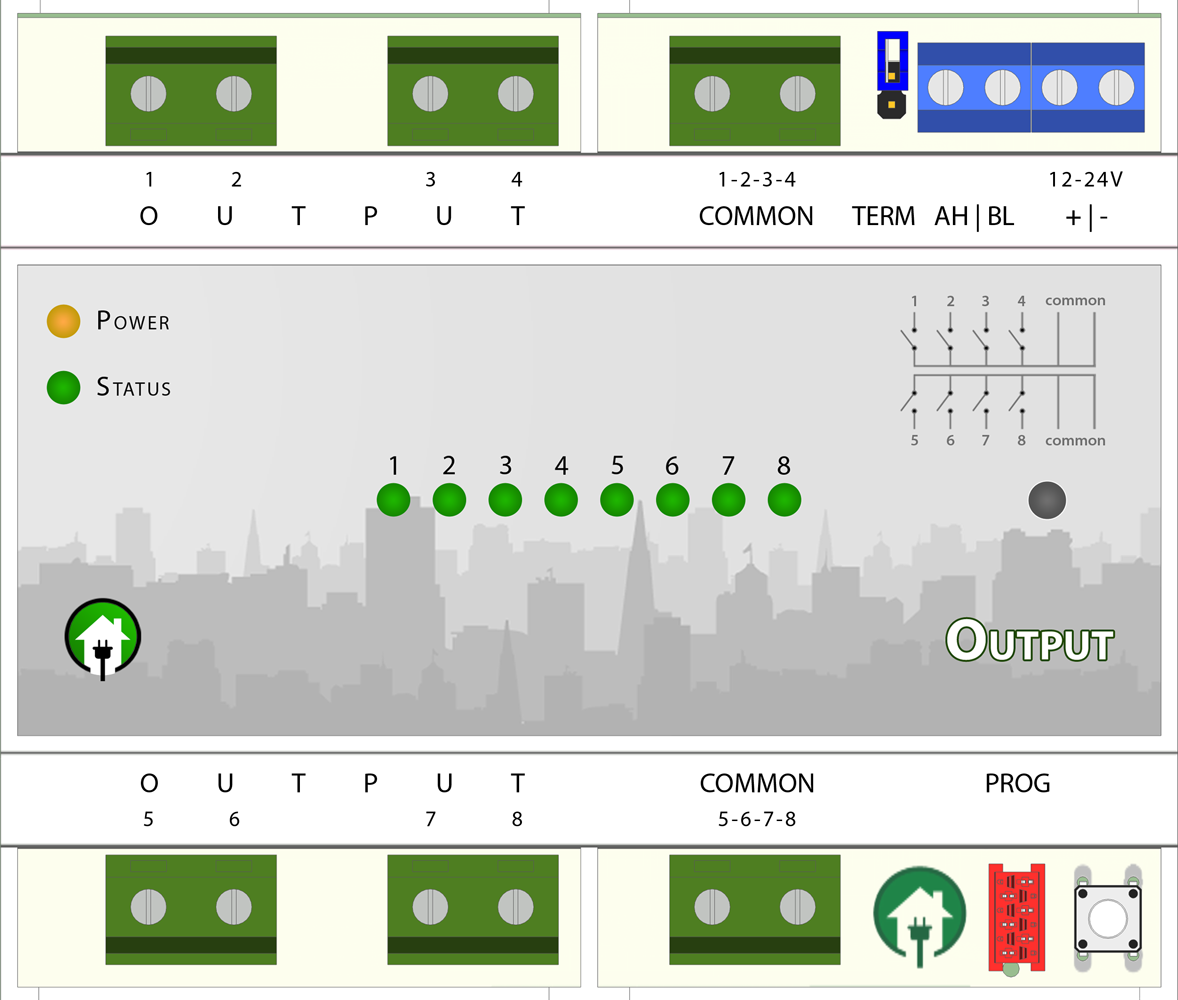 Important Note: The 8 output leds of the output module can go into sleep mode (which happens automatically) so when the indication is not working and you need to have the leds working, go to maintenance mode and activate the leds again by using following instruction:

For the Output modules that have a front panel with button: When the leds are in sleep mode, pressing this button will wake up the 8 leds for a few seconds.